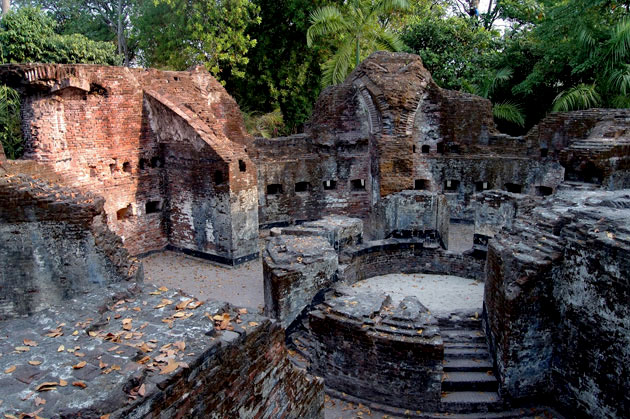 What do you know about Onrust Island? It is part of a Thousand Islands Regency in Jakarta. The thing is it holds a unique story. Some people even consider it a thrilling island. The name Onrust came from English. It means “Unrest”. In a nutshell, it is a restless island. No wonder, it was a busy place back then. In the past, it also held a mystery. According to the locals, Onrust became a location to build or repair VOC’s ships. There are many other attractive things on the island, though.

The Nuance
The most recognized feature in Onrust Island is the stones. The shorelines feature unique granites. The shape is similar to truncated trees. It is also famous for its archeological garden. Tourists can explore numerous reminisces of the Dutch Colonialism. At the first time, you may feel a ghostlike nuance. The trees are big and shady. There is even an ancient well near to the beach. What a terrifying place! Though, the island is actually beautiful. On top of that, the seawater is calm.

Exploring Onrust Island
A creepy nuance occurs once you reach the island. No wonder, there is an old well and ancient gravestone. Not to mention Onrust Island doesn’t feature electricity. You can also find some ruins of building there. At night, it is quite dark. Despite such condition, some people are brave enough to camp on it. What about you? Camping is a challenging activity in Onrust. Without proper facilities, it is going to be a chilling experience. Though, it is worth a try.

Some tourists are attracted to Onrust’s history. They want to learn a story behind such eerie island. In the past, the island became a penitentiary for rebels. It was both during the Dutch and Japan Colonialism. The island also became an eyewitness of the deaths of captives. On top of that, it was the home of an exile hospital. Those with infectious diseases were quarantined in it. With all those stories, the government assigned it as a historical site. Today, the island becomes more popular among travelers.

In terms of size, Onrust is bigger than Kelor Island. Due to its historical values, the island has been a worthy place to learn history. Simply said, it is a natural museum. Another unique story is related to an old tombstone. It is said to be Maria Van de Velde’s. According to legend, this woman wore a wedding gown and waited for her lover in Onrust. However, no one came and she died alone wearing such beautiful attire. She died by an infectious disease called pestis. This story is considered both interesting and sad for tourists. What do you think?

How to Get There
Some people think it is hard to reach Onrust Island. In reality, it is easy. The island is situated near to Jakarta. For those with lots of cash, taking a speedboat is a good idea. It is fast and reliable. The boat is available in Marina Port. The trip becomes faster if the weather is nice. Thus, you should come in the right time.