Getting Closer to Nature in Panggang Island, Thousand Islands Regency 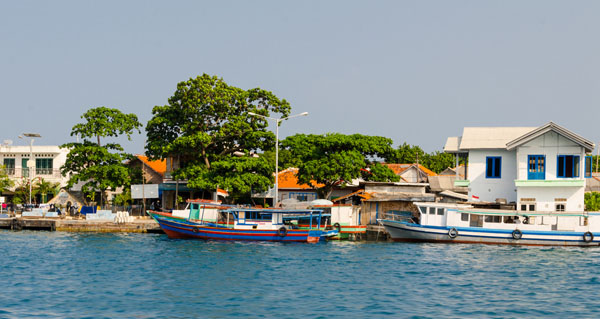 Each person has a motive in visiting a particular island. Though, most of them are looking for peace. Do you think the same? In Thousands Island Regency, there is a perfect island called Panggang. It has another name, which is Long Island. It is an inhabited island. Thus, you may expect several villagers living there. One thing, it features unspoiled nature. Both the coastal and land area are beautiful. Panggang Island has been a top choice, especially for those who look for a solemn adventure.

The Nuance
The most charming impression is the springhead. Before reaching the sea, you can ride a boat on such area. The water is flawless! It is clear and calm. It reflects the sky perfectly. In the seashore, you can find wild pine trees. They are green and shady. Not to mention there are several small stones near to those trees. All of them create a relaxing ambiance. Riding a boat and exploring the river would replenish your soul. Panggang Island is a perfect place to eradicate your burdens!

Exploring Panggang Island
Apart from its beauty, the island has become the home of numerous legends. No wonder, some locals may tell you several myths regarding their homeland. For instance, the island won’t let you get angry. It is said furious people won’t be able to reach anywhere when they are in anger state. Before such madness is gone, they only move around in the same place. No one can prove this myth, though. Do you believe it? It will be helpful if you can talk the Indonesian Language.

Next lure of Panggang Island is the history. According to the locals, their native land was the home of pirates. Panggang means “to grill”. In nearby coral reefs, those pirates burned or grilled their enemies alive! What a terrifying history it is! Such location was named Karang Gosong. Today, it becomes one of the best attractions on the island. Make sure you explore it, as well. If necessary, you should hire a tour guide. He may help you to get around efficiently.

Another charm in Panggang Island is its traditional event. The locals call it “Ruwatan”. They gather in one place and conduct a prayer. Usually, they use a head of cow or goat as an offering. Though, such offering is quite rare these days. Local people only perform a regular prayer nowadays. If you are lucky, you can join such event. Make sure to come at the right time, though. You can even learn local arts from villagers!

How to Get There
A trip to Panggang Island features a splendid sensation. The sea is calm and mesmerizing. It will definitely amaze you. Even though you use an old motor boat, the trip is worth a try. Usually, tourists visit Muara Angke Port first. It is located in Jakarta. From here, you can directly head to Panggang. During the trip, there is an opportunity to hop in other islands. For a quicker trip, a speedboat is recommended. Though, it doesn’t give you the chance to stop by in islands before Panggang.